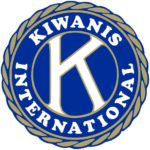 Kiwanis International was founded in 1915 in Detroit, Michigan, and became an international organization with the creation of the Kiwanis Club of Hamilton Ontario, the following year. In 2015, Kiwanis celebrates its 100th anniversary.

In the early years members focused on business networking but in 1919, the organization changed its focus to service. In the 1960’s worldwide expansion was approved and within the decade, Kiwanis International-Europe was formed, representing Kiwanians in 11 European nations. In 1987, women officially were allowed into the membership.

Kiwanis International is a global organization of members dedicated to serving the children of the world. Kiwanis and its family of clubs – nearly 600,000 members strong – annually raise more than $100 million and dedicate more than 18 million volunteer hours to strengthen communities and serve children.

Kiwanis is a global organization of volunteers dedicated to improving the world one child and one community at a time.